Does anyone else use ‘Heelys’ at work? These wheeled shoes are a great way to get around the ED.

Mention the term ‘difficult airway’ and many of us will conjure mental images of some kind of distorted anatomy. However, airway management may be ‘difficult’ for a number of reasons, and no internationally agreed definition of the term exists. Given the wrong staff and circumstances, an ‘easy’ airway in your or my hands may indeed become very difficult. In their editorial “The myth of the difficult airway: airway management revisited” (1) Huitink & Bouwman state:

“In our opinion, the ‘difficult airway’ does not exist. It is a complex situational interplay of patient, practitioner, equipment, expertise and circumstances.”

Imagine attending a cardiac arrest call on a medical ward. The patient is a 70 year old 120 kg male. The nurses have flattened the bed and discarded the pillow to optimise supine position for CPR. Gobs of vomitus splash from the patient’s pharynx with each compression. The wall suction system is disconnected. There is no bougie in the crash cart’s airway drawer. The nearest capnograph is on another floor of the hospital. In this scenario, no matter how excellent the critical care practitioner’s airway skills, this is a damned difficult airway.

I think Brindley’s third category is a term that should catch on, as a way of helping analyse cases that progress suboptimally and to identify factors during pre-intubation checks that can be addressed. It is terminology that I have added to my own Resuscitese Lexicon, particularly for case discussions during morbidity & mortality and airway audit meetings.

I would like to hear the ‘Situationally Difficult Airway‘ become more widely used, as it fills a gap in how we describe this important area of resuscitation practice.

My whole career has been about finding ways to optimise resuscitation. Many others also have the bug. The ‘resuscitationist movement’ is sweeping across Europe, with Katrin Hruska and Femke Geijsel about to run amazing courses for emergency teams in Sweden and The Netherlands. I have the honour of joining Clare Richmond in helping them do that. But first Critical Care in the Emergency Department is going to be run in London one more time.

This course contains the stuff I wish someone had told me as a registrar. A synthesis of my learning points in intensive care, prehospital & retrieval medicine, paediatric critical care, and being a front line ED doc for 20 years.

I’ve been running the course for over a decade, including in London, Birmingham, Basingstoke, Dublin, Stockholm, Sydney and Maribor. Each time I try to improve it, and try to squeeze one or two more learning points in. It’s a tough day – just me and fifty or so critical care cases to talk about. But no-one goes to sleep – guaranteed! Everyone has to work – to talk, think, and interact.

It is of course primarily a clinical course, focusing on optimal clinical practice. But consistent feedback from participants is that they get far more from it: a reassurance that they’re not crazy wanting to do more for their patients, and a way forward for remaining inspired and motivated to make changes to their practice and to their departments.

You can register here or read more here 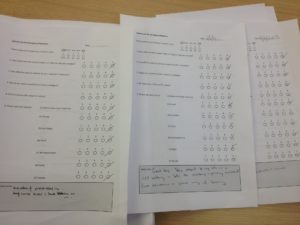 I’ve always had strong feelings about education. I was an uninspired and underachieving medical student, exasperated at the fact that the preclinical course at my medical school consisted of lengthy lectures about detailed aspects of basic sciences like histology and embryology. To make it worse, the teaching was delivered by basic science PhD students who were required to teach medical students as part of their contract. They taught because they had to, not because they were good at it. In other words, the best way to summarise how I was initially taught to be a doctor is this: my medical training consisted of being taught stuff I didn’t need to know, by people who weren’t doctors, and who didn’t know how to teach.

This frustrated me enormously. It wasn’t until I hit the wards as a senior medical student and then junior doctor that I would occasionally run into enthusiastic and supportive clinicians who were keen to share what they knew. They seemed to be few and far between, but the crumbs they dropped were enough to leave a trail that led me to be determined to become a doctor who could similarly inspire and motivate others to love learning.

Throughout my training I made a consistent observation: a small amount of good education was extremely motivating. The converse was also true – being denied access to education was extremely demotivating.  In one department, teaching was continually cancelled due to patient load. When questioned on this, the clinical director stated “teaching is a privilege, not a right”. This influenced me profoundly, because I immediately adopted that phrase as a personal motto, except that I flipped the order of “right” and “privilege”.

A few events have converged this week to remind me of the power of good education. The first, and most important, was when my friend Rob Rogers, a renowned emergency medicine educator who has run courses on how to teach all over the world, tweeted a picture of an interesting ECG.

Usually don’t get excited about ECGs like this, but this one is mine…#NoJoke #LifeChanger pic.twitter.com/fSng2k5pxK

Rob and his team have inspired so many people with their brilliant education. Faced with a life-threatening ST-elevation MI, Rob chose to share his ECG with his Twitter followers. Later he shared details of his angiogram pre- and post-revascularisation. Now THAT is commitment to education!

The second event this week is that we are running our Sydney HEMS induction course in prehospital & retrieval medicine. This is about as full on as medical education can get, with hours of simulation, testing, and stress exposure. I am constantly amazed at the dedication and hard work of my colleagues who make up the course faculty, and the willingness of the participants to go the extra mile to improve their performance. We have the honour of  inviting medics from certain branches of the Australian military to attend the course, and one such armed forces ‘graduate’ of our course recently contacted me:

He attached a document outlining a situation he faced which took my breath away. I’m not yet allowed to share it, but the bravery he showed was awe-inspiring. To think that he credits some of his preparation to the training we gave is truly humbling. It is also a reminder of the enormous responsibility of educators.

We can provide both negative and positive inspiration through our choices in what we say and how we say them, and in the teaching we deliver. As learners those educational experiences shape us and stay with us forever, influencing the choices we make and how we choose to pass on the teaching.

We are lucky to live in an age of Free Open Access Medical Education,  when the educational ripples reach out from EMCrit, St Emlyn’s, EM Ireland, scanFOAM, badEM, LifeInTheFastLane, and so many others to all parts of the world. We’re all in this together, as teachers and as learners.

The humbling feedback from my military friend along with Rob’s ongoing desire to educate in the face of life-threatening illness serve to remind us of the power of education, and the responsibility we educators have to share, to inspire, and to provide the highest quality teaching.

Something Rob already seems to be working on, less than a week post-myocardial infarction …