The risk of apnoea in neonates requiring prostaglandin E1 infusions for duct-dependent congenital heart disease is well described and often results in the recommendation to intubate prior to transfer. An American study of 202 transported infants on PGE1 shows a higher rate of transport-related complications in those that had been intubated. None of the 73 (36%) unintubated patients required intubation for apneoa during transport. These data are in keeping with a previous Australian study of 300 infants receiving PGE1 in which only 2 of 78 unintubated patients experienced apnoea.
To intubate or not to intubate? Transporting infants on prostaglandin E1
Pediatrics. 2009 Jan;123(1):e25-30

Careflight Queensland report a 9 month series of intubations by their doctor-paramedic HEMS teams who performed 39 intubations (and assisted hospital doctors in an additonal 4), of which less than half were pre-hospital. There was one failed intubation, successfully ventilated with a laryngeal mask airway.
Emergency intubation: a prospective multicentre descriptive audit in an Australian helicopter emergency medical service.
Emerg Med J. 2009 Jan;26(1):65-9

171 rural Australian HEMS missions were retrospectively analysed. Some of the data contrast starkly with the more limelight-occupying urban services: average time from dispatch to scene was 48 minutes, average scene time was 50 mins, and average total distance flown was 160 nautical miles (297 km!) – the longest reported in the literature. There was no difference in injury severity between physician-staffed and paramedic-staffed missions, and no difference in mortality. When transport times for distances less than 50km from the hospital were compared, road responses were significantly faster than helicopter dispatch, whereas helicopter use created significant time savings at distances over 100km. The authors suggest that in the absence of special circumstances, a helicopter response within 100 km from base does not improve time to definitive care. They also recommend caution in mandating physician staffing of HEMS, particularly in environments with a limited pool of critical care doctors.
Helicopter use in rural trauma
Emerg Med Australas. 2008 Dec;20(6):494-9

A nurse-based pre-hospital care system in Holland describes its experience with pre-hospital CPAP for acute cardiogenic pulmonary oedema. It appears that the simple Boussignac apparatus is straightforward to apply in the ambulance environment. Arguments about lack of outcome studies aside, if it’s necessary to undertake an interhospital transfer of a patient established on CPAP then this might be a relatively straightforward means of doing so.
http://www.ncbi.nlm.nih.gov/pubmed/19164632?dopt=Abstract 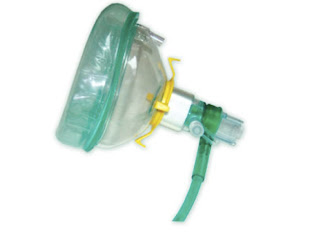