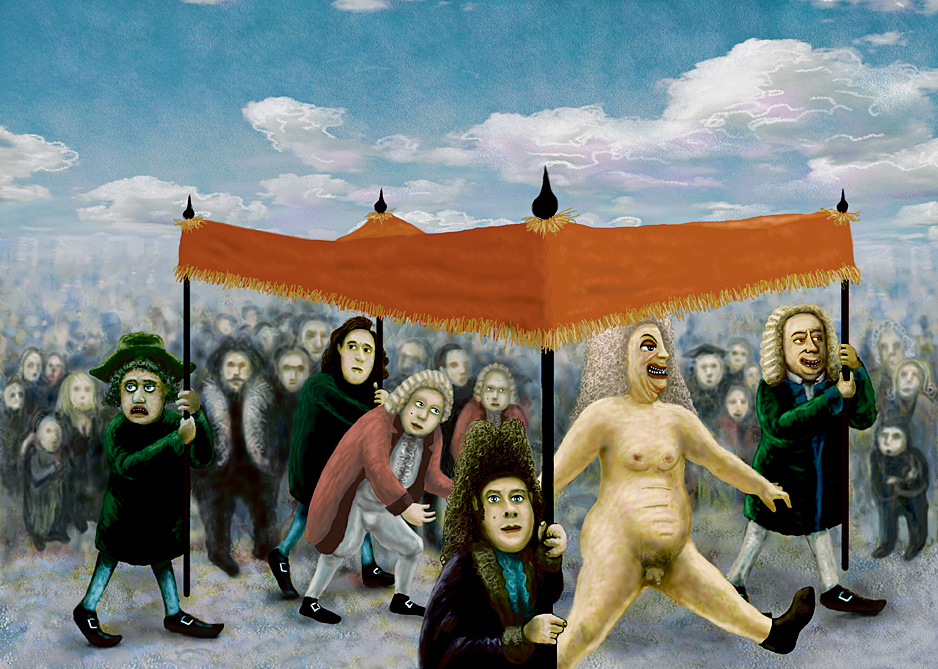 Background: Helicopter transport (HT) is frequently used for interfacility transfer of injured patients to a trauma center. The benefits of HT over ground transport (GT) in this setting are unclear. By using a national sample, the objective of this study was to assess whether HT impacted outcomes following interfacility transfer of trauma patients.

A cadaveric study using an artificially created unstable cervical spine injury has shown marked displacement of the vertebrae when cervical collars were applied, and when the bodies were moved in a way that simulated normal transfer and log-rolling. There was no comparison with a no-collar situation, so we can’t say from this that collars are necessarily bad, just that they’re no good in this cadaveric model. I like this statement by the authors:
“A variety of collars, backboards, and other equipment and techniques are being used in an attempt to achieve spine stabilization, largely without any validation of efficacy when used in the presence of a severe cervical injury. Randomized, prospective clinical trial designs are challenging in this domain theless, basic cadaver studies can provide valuable insight into potential clinical efficacy.”


Even more musical to my ears is the editorial commentary by neurosurgery professor Richard L. Saunders, MD:
“…the more compelling question is whether there is a place for collars in emergent protection of the injured cervical spine or are they simply a gimcrack***?
The incidence of second injuries to the spinal cord in the extraction of accident victims under the best of EMT performance is not known and would be difficult to determine. However, in an effort to minimize that incidence, paramedical gospel is the application of a cervical collar, maintaining the neck in in-line and in a neutral position. By definition, this gospel implies the deliberate movement of the neck to apply an orthotic known to be nonprotective. Furthermore, the neutral and in-line admonition implies that the patient’s neck position can be safely adjusted to “look better” without a shred of evidence that this might be a safer strategy than avoiding any unnecessary neck movement whatsoever….
…In a conclusion common to many small study reports, the authors recommend that more work should be done in this area. In my opinion that might be best in refinements of extraction methods with an eye to only that neck movement necessary to resuscitation, collar be damned.”
Motion Within the Unstable Cervical Spine During Patient Maneuvering: The Neck Pivot-Shift Phenomenon
J Trauma. 2011 Jan;70(1):247-50
*** I confess never to have encountered this word before. According to the freedictionary.com, a gimcrack is ‘A cheap and showy object of little or no use; a gewgaw‘. Now, WTF is a gewgaw?!?!

A summary of the literature on low risk chest pain, including history, physical exam, ECG, biomarkers, and investigations such as exercise tolerance testing, myocardial perfusion imaging, and other investigations, is provided in the American Heart Association’s recently published scientific statement.
The document contains a number of useful statistics on the limitations of clinical assessment in ruling out coronary artery disease, such as these:
“…the Multicenter Chest Pain Study found that 22% of patients presenting with symptoms described as sharp or stabbing pain (13% with pleuritic pain and 7% with pain reproduced on palpation) were eventually diagnosed with ACS.” 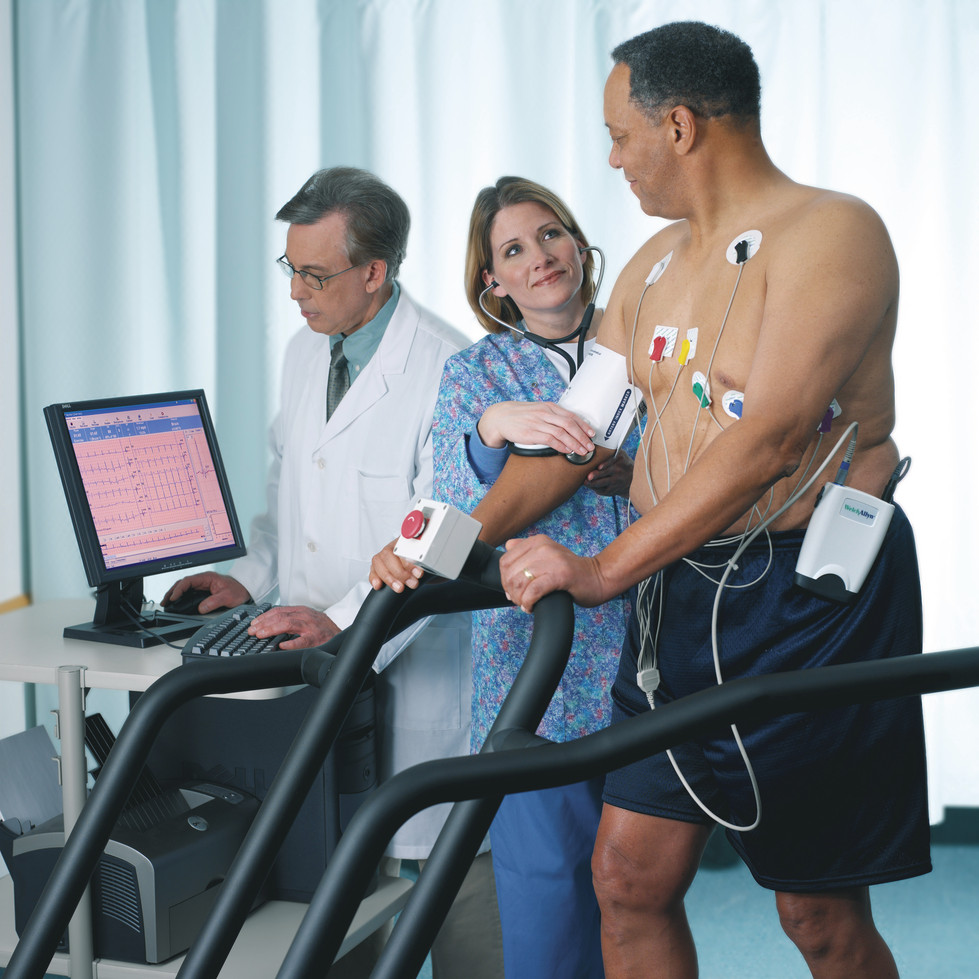 Testing of Low-Risk Patients Presenting to the Emergency Department With Chest Pain
A Scientific Statement From the American Heart Association
Circulation. 2010;122:1756-1776 – Full Text

We know that the ‘APLS formula’ is inaccurate as a tool for estimating weight in Western children, and British and Australian researchers have devised more fitting formulae for their local populations as described here.


The emergency medicine team at the Accident and Emergency Medicine Academic Unit, Chinese University of Hong Kong have now provided a solution for Chinese children:

This was most accurate and precise in children <7 years old.
Age-based formulae to estimate children’s weight in the emergency department
Emerg Med J. 2010 Oct 13. [Epub ahead of print]

We use the Glasgow Coma Score to describe conscious level, derived from eye opening, verbal response, and motor response.
One problem is that if your patient is intubated, there can’t be a verbal response. There are some ways round this. Imagine your intubated patient opens eys to a painful stimulus and withdraws his limb from one:

Flying Doctor Minh Le Cong describes the profile and success rates of emergency endotracheal intubation conducted by the Queensland Royal Flying Doctor Service aeromedical retrieval team, comprising a doctor and flight nurse. It would be interesting to know how many more patients have been added to the registry since this was submitted. An important contribution to the literature in retrieval medicine.

Method Each intubator completed a study questionnaire at the time of each intubation for indications, complications, overall success, drugs utilised and deployment of rescue airway devices/adjuncts.

Results 76 patients were intubated; 72 intubations were successful. None required surgical airway and three were managed with laryngeal mask airways; the remaining failure was managed with simple airway positioning for transport. There were two cardiac arrests during intubation. Thiopentone and suxamethonium were the predominant drugs used to facilitate intubation.

Conclusion Despite a low rate of endotracheal intubation, the high success rate was similar to other aeromedical organisations’ published airway data. This study demonstrates the utility of the laryngeal mask airway device in the retrieval and transport setting, in particular for managing a failed intubation.

Flying doctor emergency airway registry: a 3-year, prospective, observational study of endotracheal intubation by the Queensland Section of the Royal Flying Doctor Service of Australia
Emerg Med J. 2010 Sep 15. [Epub ahead of print]
Those interested in learning more about this registry, including how often capnography was used, more information about the asystolic arrests, and whether they tried a blind digital intubation, can check this link to a presentation about the registry.

Pre-hospital therapeutic hypothermia might be a good thing, but there may be difficulties in achieving it if the 4 degrees C saline warms up during the infusion. What’s the optimal way of administering it? Czech investigators attempt to answer the question:
Background The cooling efficacy of intravenous administration of cold crystalloids can be enhanced by optimisation of the procedure. This study assessed the temperature stability of different application regimens of cold normal saline (NS) in simulated prehospital conditions.

Methods Twelve different application regimens of 4°C cold NS (volumes of 250, 500 and 1000 ml applied at infusion rates of 1000, 2000, 4000 and 6000 ml/h) were investigated for infusion temperature changes during administration to an artificial detention reservoir in simulated prehospital conditions.
Results An increase in infusion temperature was observed in all regimens, with an average of 8.163.38C (p<0.001). This was most intense during application of the residual 20% of the initial volume. The lowest rewarming was exhibited in regimens with 250 and 500 ml bags applied at an infusion rate of 6000 ml/h and 250 ml applied at 4000 ml/h. More intense, but clinically acceptable, rewarming presented in regimens with 500 and 1000 ml bags administered at 4000 ml/h, 1000 ml at 6000 ml/h and 250 ml applied at 2000 ml/h. Other regimens were burdened by excessive rewarming.
Conclusion Rewarming of cold NS during application in prehospital conditions is a typical occurrence. Considering that the use of 250 ml bags means the infusion must be exchanged too frequently during cooling, the use of 500 or 1000 ml NS bags applied at an infusion rate of $4000 ml/h and termination of the infusion when 80% of the infusion volume has been administered is regarded as optimal.
Prehospital cooling by cold infusion: searching for the optimal infusion regimen
Emerg Med J. 2010 Aug 23. [Epub ahead of print]

The purpose of this study was to evaluate the frequency of inadequate needle chest thoracostomy in the prehospital setting in trauma patients suspected of having a pneumothorax (PTX) on the basis of physical examination.
This study took place at a level I trauma center. All trauma patients arriving via emergency medical services with a suspected PTX and a needle thoracostomy were evaluated for a PTX with bedside ultrasound. Patients too unstable for ultrasound evaluation before tube thoracostomy were excluded, and convenience sampling was used. All patients were scanned while supine. Examinations began at the midclavicular line and included the second through fifth ribs. If no sliding lung sign (SLS) was noted, a PTX was suspected, and the lung point was sought for definitive confirmation. When an SLS was noted throughout and a PTX was ruled out on ultrasound imaging, the thoracostomy catheter was removed. Descriptive statistics were calculated.